Proper data collection techniques are the most important factor in creating a great map. There are a lot of factors that go into collecting imagery with sufficient overlap and quality to be used in three dimensional scene reconstruction.

We highly recommend using AT LEAST 75% along track and across track overlap (75/75) to give the system enough views to work with.
Our Map Pilot Pro app is designed to take most of the worry out of your data collection, but still follow these guidelines.

Use One Camera, One Focal Length, and One Resolution

We use the camera's images to calculate a calibration for the camera. If the images have mixed attributes the calibration will be inaccurate.

Minimize the Inclusion of Water

Always in motion, highly reflective, and transparent, water has a lot of properties that make it hard to render well.

Large areas of open water will not likely process well in any photogrammetric application. While it may turn out well enough in a 2D ortho map, water rarely renders well in the 3D outputs and can add unsavory motion related artifacts. If you must include water in a survey area, try to keep some shore structure in place to give our processing something to hold on to. 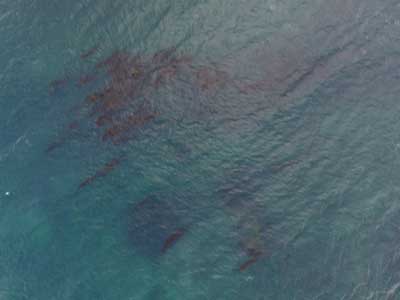 Use LOTS of Overlap in Treed or Crop Areas

Trees are hard to render because they are typically almost always in motion and have a lot of fine detail.

Generally, the orthophoto portion of the processing may turn out fine at 65-70% overlap. However, if there are trees included in survey area and you want the 3D components of the processing to turn out well, we recommend using 80-90% overlap in order to make sure we have enough information to represent the trees properly. Also, avoid windy days when trees are involved. 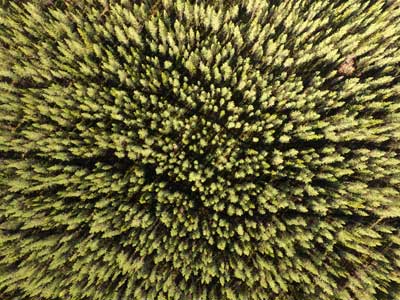 You shouldn't stare into the sun and neither should your camera.

Even the best cameras have a limited range of brightness they can capture. When an area is too bright, it washes out all of the detail and makes that area lack the detail needed to reconstruct the scene. The roofs of large buildings and wet pavement will often be too reflective to capture properly. This can be dealt with by mapping at least 1.5 hours off of solar noon in the summer during which time the sun will not be reflected directly into the camera or by utilizing a circular polarizing filter. 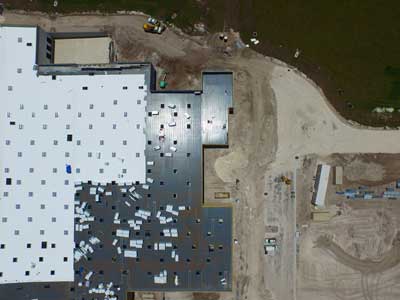 Use an Appropriate Camera

Cameras with a super wide field of view or a fisheye lens are not appropriate for mapping applications.

Large amounts of fisheye, or barrel distortion, give images a distorted pixel density which leads to inconsistent feature detection. Our system will process images from these types of cameras but the outputs will be of low quality. Also, very low quality web cams, cell phone cameras and CMOS sensor modules are not of sufficient quality to be used for photogrammetry. 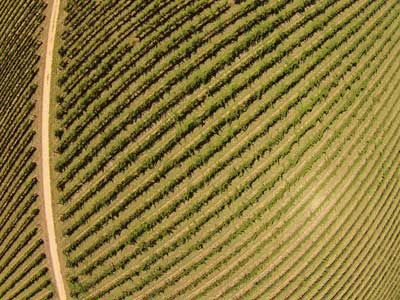 Properly exposed images provide Maps Made Easy with the detail needed to reconstruct the scene.

The white roofs of buildings and dark wooded areas are commonly the vicitims of exposure issues. These issues appear as swirly areas on the 2D maps and spikes in the 3D models since there isn't enough consistent information for our system to do it's job. We recommend scouting the survey area ahead of time and doing some exposure test images to determine the values that will work. 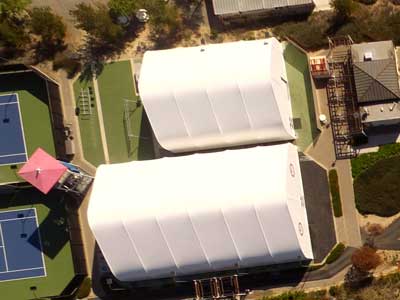 The type of processing we use relies on detecting features of structures to derive its shape based on multiple looks.

If objects in the scene are moving, the processing gets confused and can generate positional errors. In the case of a car on a road, as long as most of the looks don't have the car in the same location, it won't be included. But in the case of coastal water which is always in motion, there will never be a structure static enough to be able to calcuate its position. Water is bad. Constant motion is bad. 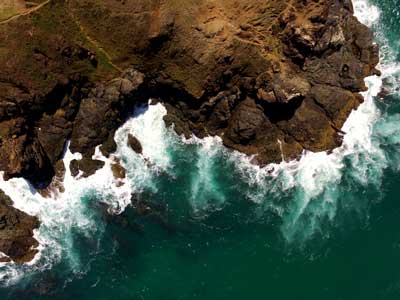 The taller the object, the less overlap it will get.

Our processing is based on getting multiple looks at things. Multiple looks at things are attained through overlap. A tall object will be viewed less often than an object on the ground and will likely have problems rendering. If the tallest object in your survey area is 10 meters, fly at least 40 meters above ground. Flying with minimal clearances is not only dangerous, it will produce imagery with blocked areas and generate poor results. 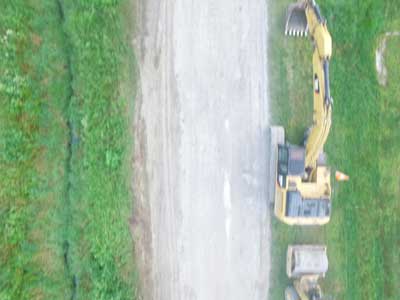 Do Not Attempt to Stitch Vertical Surfaces

Maps Made Easy is intended for mapping horizontal surfaces.

We do not create spherical panoramas like some other companies do. We create maps. While some of the same priciples apply, our processing has been optimized to perform well in an aerial mapping environment. Any data sets to not match this description should not be uploaded to our system because the outputs will not turn out and it will be a waste of resources. 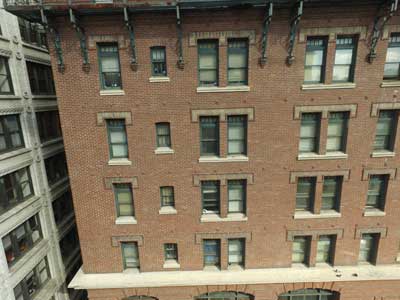 Never Upload Images that Include the Horizon

Any image that includes the horizon should be kept out of your upload list.

Images that include the horizon will badly skew the results the system generates. Even if there may be a partial match with something our system sees on the ground the sky portion above the horizon could possibly be used in texturing the 3D model and throw off the results for large areas of the map. 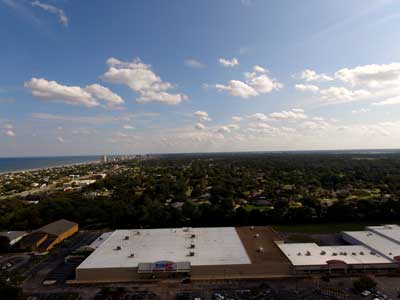 Only Nadir (Straight Down) Images Should be Used.

For creating orthophoto maps, all the images that go into processing it should be taken at, or near, nadir.

Any images that are taken more than 20 degrees off of straight down should be removed from the upload set. The goal of data collection should be consistency. We understand that this can be hard with fixed wing aircraft, but there is a good chance all images taken from a fixed camera system on a fixed wing aircraft that is making a banking turn will need to be removed. The only exception to this is if you are planning on processing your data as Full 3D in which our system will make use of oblique images. Even in this case, no horizon view should be uploaded. 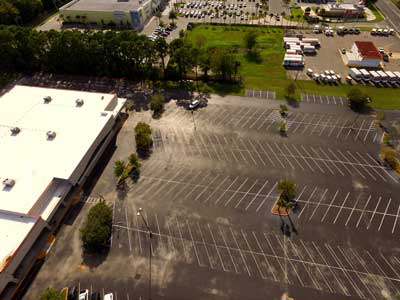 Avoid mapping late in the day when the sun is low and the shadows are long.

This scene is likely too dynamic for your camera to accurately capture. If the exposure time is set to deal with the bright areas, the shaded areas will lack sufficient detail. If it adjusts for the darker areas, the light areas will be blown out and will also not have the detail required. Shooting as close to the middle of the day fixes this problem and has the added benefit of keeping your exposure times short. 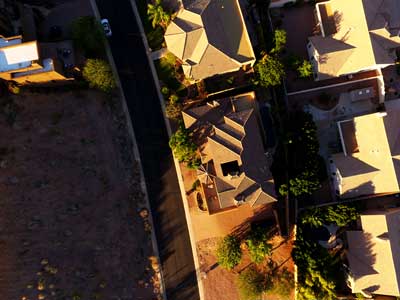